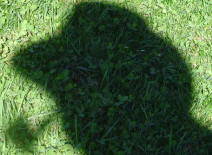 I moved to the beautiful Skagit Valley in 1971 after being discharged from the U. S. Navy.  Originally a resident of South Florida, the Navy had stationed me on Whidbey Island in 1967 and the whole time I was overseas in exotic places like Okinawa, Philippines and Viet Nam, I thought continuously of moving to Skagit Valley which while stationed on Whidbey I drove through every weekend in order to camp at Lake Diablo.  On April Fools day 1975 I purchased my first piece of real estate.  Fulfilling a boyhood dream of becoming a farmer I purchased a 20 acre farm in the Nookachamp Valley.  ("Valley of the House of Stilts")  When I asked the Realtor why the farmhouse sat 6 feet off the ground he replied, "It used to flood here, but now we have 5 dams on the river and it doesn't flood anymore."  Eight months later I had 4 feet of water under my farmhouse and across my fields and in my barns.  I have spent the last 30 years, literally thousands of hours researching, documenting, reviewing and collecting anything and everything I could in search of the truth about the Skagit River flood issue.  I have served on the Skagit River Flood Control Advisory Committee, the State Department of Ecology Floodplain Management Advisory Committee, the Washington State Legislative Joint Select Committee on Flood Damage Reduction, as an advisor to the Skagit River Impact Partnership, and currently serve as an at-large member to the Skagit County Flood Control Zone District Advisory Committee.  This web site is intended to share with anyone else interested in the truth about the history of this majestic river.  Ultimately this site will contain many of the thousands of documents that I have obtained as well as the papers that I have authored over the years.  Its been a labor of love for me.  Enjoy your time here and please let me know what you think of the site and what other information I could provide you with.